The Truth – And Where to Find It

Published by Richard Beckwith on March 24, 2021

"Once you eliminate the impossible, whatever remains, no matter how improbable, must be the truth." - Sir Arthur Conan Doyle

Webster’s dictionary defines “truth” as, “the body of real things, events, and facts.” In the new age of disinformation, it is more difficult than it has been in the past to discern truth from fiction. In 2016, the Oxford dictionary proclaimed the word “post-truth” to be the “word of the year,”  invoking the beginning of a new era in which truth (fact) is apparently no longer applicable. Truth is what each of us says it is. It has become subjective, despite its fundamentally objective nature. For example, there are many who believe that the world is flat, despite the fact that the issue of the physical shape of the world was resolved hundreds of years ago by the use of relatively simple geometry. In a 1999 Gallup survey, 18% of Americans polled expressed their belief that the Sun revolved around the Earth. Fortunately, 80% of us got it right. Nevertheless, even in this modern age in which so much information about our world and the universe in which we live is made freely available, multitudes are yet left marooned in pre-Copernican antiquity. (A testament no doubt to the quality of public education). Astonishingly, some are convinced that even the immutable truth embodied in mathematics can somehow be fabricated, simply because they either don’t appreciate the depth of its precision or choose to ignore it.

It has become a cliché to posit that one can no longer discern the truth because of the proliferation of false information. Who knows what is true anymore? It has become an excuse, even a justification, for harboring opinions that are simply not founded in reality. Your truth is no better than mine. Thus division arises – division without logical justification. The truth is that we have become complacent. As is our natural human tendency, we come to rest in a position we are comfortable with, then exclude all contrary information, no matter the unassailable level of its veracity.

How can one tell what is true when one source says a thing, and another source says something else completely contradictory? Do not be misled. Truth is not subjective. Facts are facts. It is the opinion and rhetoric swirling around these facts which becomes confusing and misleading. If we are unable to discern the truth, it is because we are not trying hard enough in the face of the information deluge. Living in a presumably democratic republic in the modern era has given rise to a new level of responsibility that we have been heretofore ill-equipped to manage. If our republic is to survive, we must, each and every one of us, rise to the occasion.

In the context of national intelligence, there is something known as “mosaic theory.” In mosaic theory, seemingly innocuous and random bits of information can be gathered together and placed into a “mosaic” that reveals a much larger picture. The individual pieces may seem meaningless singularly, but become considerably more valuable when placed in context  This is a developing justification for keeping information classified. While the information sought may superficially appear to be innocuous, even meaningless, it might nonetheless be placed into a “mosaic” of information being compiled by a foreign government, and must, therefore, be kept secret.

In the context of national intelligence, there is something known as “mosaic theory.” In mosaic theory, seemingly innocuous and random bits of information can be gathered and placed into a “mosaic” that reveals the bigger picture, much as a grouping of pixels might reveal an image on a computer monitor…

Mosaic theory, as it might relate to an overwhelming flow of information, should be added to the intellectual toolbox of every concerned citizen. If the information upon which one relies is derived from only one or a limited number of sources, the picture that emerges can be easily manipulated or distorted – even if the source has proven to be trustworthy or consistent in the past. It is for this reason that, when confronted with new information, it is important not only to investigate the source but to refer to many different sources referring to the same information. Can what is being said be confirmed? Doing so provides a “mosaic” of information from which the truth can be derived. Even in lies, there is a glimpse of truth.

Begin each day as a true skeptic. Abandon all preconceived notions – and do not be afraid to “kill your darlings” as it were. Take nothing for granted. Change your mind if logic requires it. Do not isolate yourself to one source of information. Do not be fearful of confronting facts that do not comport with your view of reality, or even contradict it. Endeavour to avoid being told what to think. Form your own opinions, and be the final arbiter about what the information means. Resist the temptation to devolve into rhetorical arguments that lead nowhere. Go to the original sources if at all possible. Read the underlying materials upon which they rely. Educate yourself. Most importantly, be willing to recognize and appreciate your own weaknesses. People who believe that the Earth is flat are as assured in their convictions as those of us who know better. Ask not what that says about them, but what it says about the rest of us, about human nature. Sometimes we become so wrapped up in our personal beliefs and prejudices that the truth becomes secondary – even superfluous. Rue the day that truth really doesn’t matter. It does and always will. Don’t let go of it. It’s really all we have. 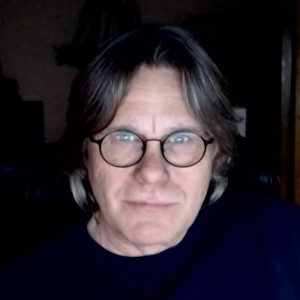 Richard has been a practicing attorney for 27 years and currently serves as the City Attorney for the City of Rock Springs, Wyoming. He served as legal counsel to Dr. Steven Greer's Orion Project and sits on the Board of Directors of the Mutual UFO Network (MUFON). He wrote for the Land and Water Law Review while in Law School, and published his first novel, "The Corporate", in 2017.
Published inCulture and Society